The Marangu route, also known as the “Coca-Cola” route, is the oldest, most well-established route on Kilimanjaro. This is the only route which offers sleeping huts in dormitory-style accommodations in lieu of camping. There are 60 bunk beds each at Mandara and Kibo Huts, and 120 bunk beds at Horombo Hut. Guests are supplied with mattresses and pillows, but sleeping bags are still required. The huts have communal dining halls and basic washrooms, ranging from flushing toilets and running water at the lower huts to long drop toilets and buckets of water at Kibo Hut.

Many favour Marangu because it is considered to be the easiest path on the mountain, given its gradual slope and direct path. However, the short time frame of the route makes altitude acclimatization fairly difficult. The route approaches Mount Kilimanjaro from the southeast. Marangu is, unfortunately, less scenic than the other routes because the ascent and descent are along the same path. It is also the most crowded route for that reason. 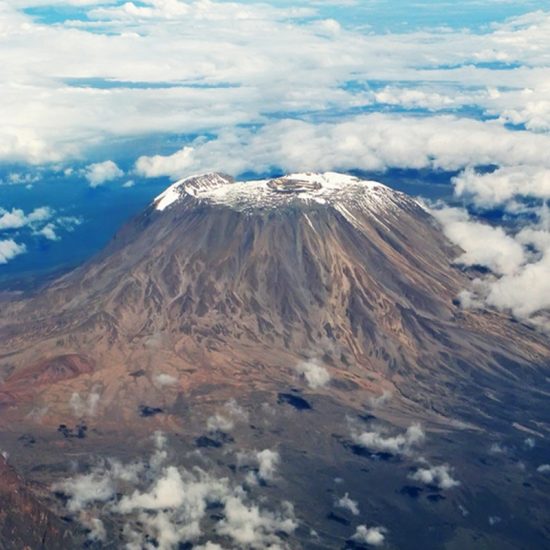 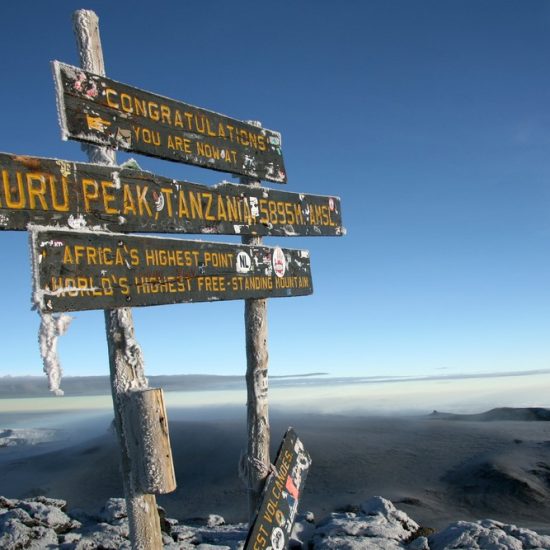 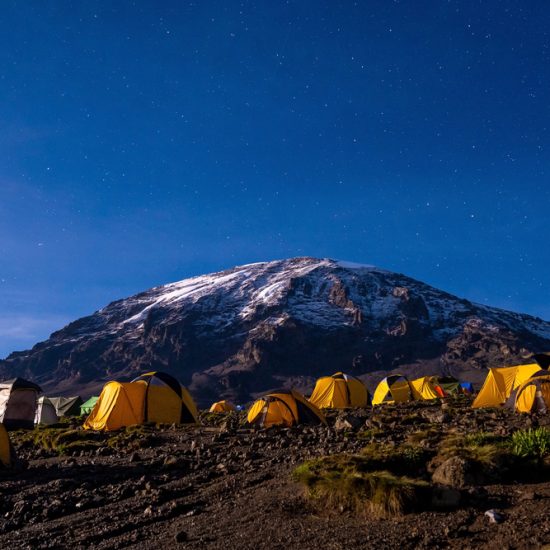 Arrival at Kilimanjaro International Airport (JRO), where you will meet a BAS representative, and transfer to the hotel under the rate. The hotel will provide all the essentials for a comfortable stay: cosy rooms, hot water, polite staff, a swimming pool, and Internet access. In the evening, there will be a briefing with our managers, who will also make sure you are ready to begin the climb. Note: Check-in starts at 2:00 PM.
2

A guide and a mountain support crew will arrive at the hotel in the morning in order to meet you and hold a quick briefing, after which you will travel by vehicle to Kilimanjaro National Park's eastern entrance: Marangu Gate (1,860 m). After the quick formality of acquiring climbing permits and registering with the search and rescue service, the group will start trekking up to Mandara Hut (2,700 m). The trekking route includes passage through the rainforest (where tropical showers are highly probable), so we recommend you take not only spare clothes but also your raincoats. When you reach the camp, our mountain support crew will take care of the necessities, pitch the tents, and prepare lunch. Throughout the entire Marangu route, you will be spending your nights in special huts. They offer a great alternative to those who do not want to sleep in tents. This will be your first day at this altitude, so it is strongly recommended you heed the following instructions from this point on: • Abstain from consuming alcohol and caffeine • Drink over 4 litres of bottled water daily (little by little, frequently) • Take a Diamox pill to help alleviate symptoms of altitude sickness. Most mountain climbers take Diamox in the morning, before they start their ascent, in order to reduce discomfort associated with altitude sickness. We recommend you consult your doctor prior to the trip in case of potential allergies. At night you may experience discomfort associated with acclimatization to the high altitude: because of a reduction in your waking breathing pattern, your body gets less oxygen than during the day. Taking altitude into account, you may therefore start feeling sick and have a headache. Pay attention to your own body and tell your guide if you start feeling any symptoms of altitude sickness.
3

After breakfast, you will go on an acclimatization hike towards Kibo Hut and back. After lunch, you have the opportunity to walk around the surrounding area, take pictures of Mawenzi Volcano or just sleep before the upcoming trekking to Kibo Hut. Acclimatization hike:
5

On this day, right after breakfast, the group will be trekking to the Kibo Hut (4,700 m). The actual trekking is not very difficult, just remember to stick with an appropriate pace to keep up your strength for the trekking to Kilimanjaro's summit. When you reach the camp you will be served lunch, after which we recommend you sleep as much as you can, avoid any strenuous activity, and drink lots of water. Change in Elevation: Horombo Hut (3,720 m) — Kibo Hut (4,700 m) Hiking distance: 10 km Hiking time: 4-8 hours
6

Day 6: TREKKING TO UHURU PEAK AND DESCENT TO HOROMBO HUT

Night departure from Kibo Hut (4,700 m) and the start of your trekking to Kilimanjaro's summit: Uhuru peak (5,895 m). The trekking will be moderate from a physical standpoint, but the altitude presents a much more serious problem. For the entire length of the trekking each pair of climbers will be accompanied by their own guide, who will be monitoring your stamina and mental resolve. After your successful ascent to Uhuru Peak, you can descend to the nearest glacier if desired. Then you will return to Kibo Camp and after a two-hour rest continue your descent to Horombo Hut (3,720 m). Note: Don't forget that 90% of all accidents occur during the descent, including all broken arms and legs. Please pay attention to your feet, as there is a high risk of damaging your toenails. Change in Elevation: Kibo Hut (4,700 m) — Uhuru Peak (5,895 m) — Horombo Hut (3,720 m) Hiking distance: 16 km Hiking time: 9-12 hours
7

You will be offered a warm breakfast in the morning, after which we will head for the Kilimanjaro National Park's exit: Marangu Gate (1,860 m). After your descent the whole group will gather to congratulate you, and then you will have the chance to share your opinions on the trip in the guestbook. Lastly, we will present you with your commemorative certificates (in our office) and provide you with a transfer back to the hotel. Change in Elevation: Horombo Hut (3,720 m) — Marangu Gate (1,860 m) Hiking distance: 18 km Hiking time: 5-6 hours
8

Rest in the hotel and transfer to the airport. Note: Hotel check-out is at 11:00 AM. In case you need a late check-out because of an evening flight, there is the option to extend your hotel stay for an extra fee. 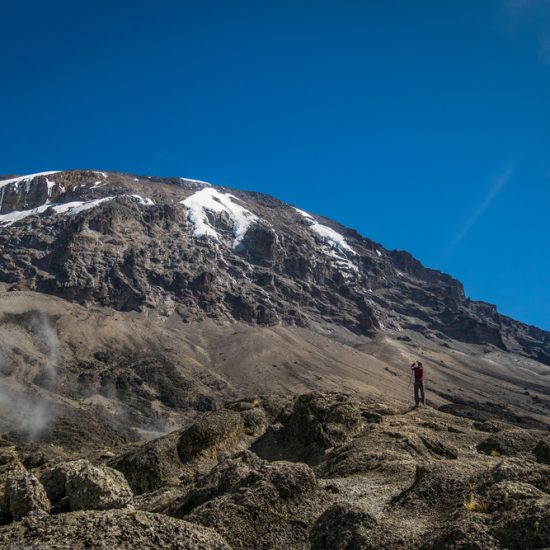